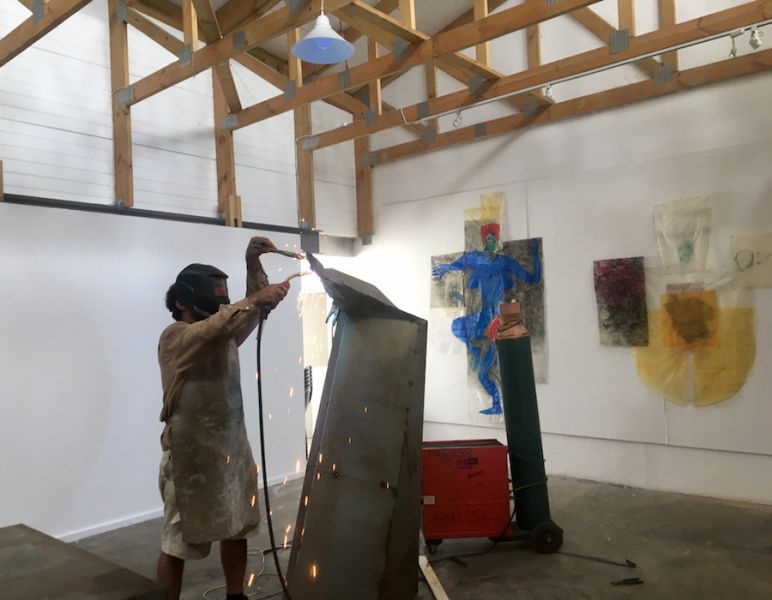 From the 5th of February I will be collaborating with Karem Ibrahim, an Egyptian artist based in London. We will combine our working methodologies and ideas relating to the issues that have to do with “borders” to bring about a body of work that will relate to our background and ways of working with different materials, our thought presses and the local environment.

Since his arrival in Europe in 1998 Karem Ibrahim has been concerned with the being in different places and moving from one place to an other and has been engaged with the issue of multiple identities, and the need to grasp why do people move from one place to an other and how does that effect them. Since 2003 he has being making works relating to what he calls the idea of the in- between, how that despite alienation and exile one still try to keep connected to some ground, which they conceder home, questioning the idea of home/homeland it self to see what that means and where it takes. He works in multitude of mediums, sculptures, performances, films and other forms of production. Coming together at the Great More Studio residency we looking at crossing over land to neighbouring countries, issues of migration that effect South Africa and its immediate borders with others, we also will be examining our own situation as strangers in a new environment and how does that impact us.